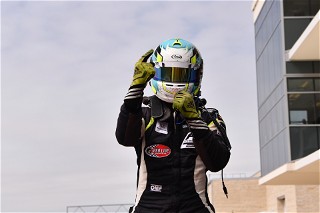 Based on Provisional Results: https://bit.ly/37Dz57v

Formula 4 United States Championship Powered by Honda celebrated the spirt of Circuit of The Americas on Saturday as drivers from three different North American countries topped the podium after Race 1 to kick-off the championship's triple-header season finale.

Jose Blanco became the first Puerto Rican to claim a victory at the famed F1 circuit in F4, dominating the all green 30-minute race from lights to checkers.

"I wouldn't say this was my easiest race, but I didn't have to fight for the win today," said Blanco. "The Crosslink/Kiwi Motorsport team gave me an amazing car, I really was comfortable with it. I am really happy with today and really looking forward to tomorrow."

However, Blanco's closest competition in the points battle, American rookie Spike Kohlbecker, started and finished the race in second for his fifth podium of the season. With two races still remaining on Sunday to earn points, the Vice Championship is still within grasps for Kohlbecker. 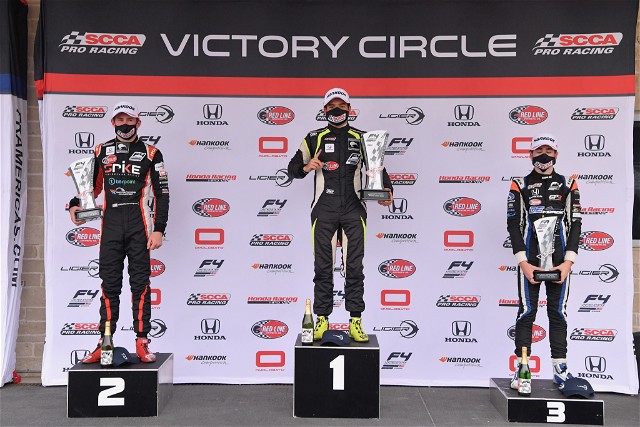 "I gave it everything I had but Jose just started to pull away, but I will be back tomorrow for revenge," Kolbecker said. "It was great to have a full green race, but my car was quicker there at the end so a yellow might have actually helped me this time."

Canadian rookie Nico Christodoulou made his first podium visit of the season for DEForce Racing, completing the international winners circle.

"We've been working all season toward getting here," said Christodoulou. "I couldn't have done this without the continued support of DEForce Racing, my sponsors and my family."

Dylan Tavella, who is also vying for the Vice Championship, rocketed from a seventh-place start into second by the exit of Turn 1. Tavella lost positioning to Kohlbecker after two laps and then fell back to fourth the following lap where he stayed the remainder of the race. 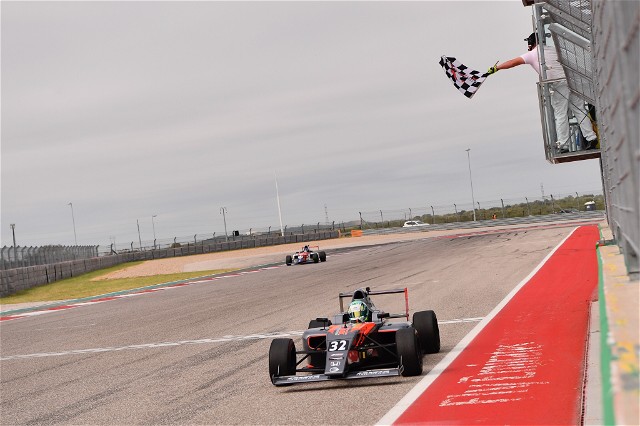 The weekend culminates Sunday with Race 2 slated for 8:00 a.m. Central where Blanco will start on pole and the season finale at 12:40 p.m. Central. All races will be live streamed globally at FanRacing.Live.