Behind the Helmet with Primus Racing Rookie Jeremy Fairbairn 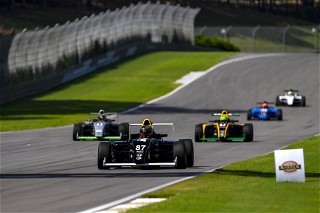 From gaining 53 overall positions to challenging for points position on new courses, Primus Racing Team rookie Jeremy Fairbairn has already had some exciting moments in the Formula 4 United States Championship Powered by Honda this season. Jeremy enters the second half of he season with points on the board and now has his sights set on a podium finish in his home state of Florida.

Find out what what F4 U.S. champion Jeremy looks up to most, what his season’s been like so far, and the inside scoop on making the perfect burger in this edition of Behind the Helmet.

F4 U.S.- Let’s talk about your karting career before jumping into F4. You have a pretty extensive resume for just being 16 years old.

Jeremy- Karting has always something I had a feel for and loved doing. The racing that’s involved is so close and competitive, and is nothing like I’ve yet to experience in motor racing. 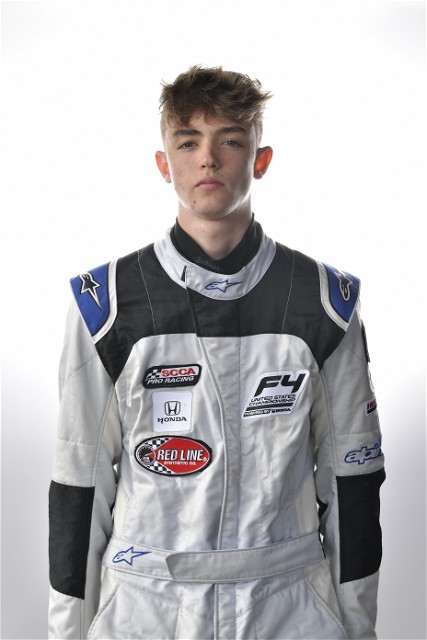 As a kid, I have always had a love for driving and for race cars. Pretty much every birthday party I had growing up was race car themed, along with the hot wheels wallpaper in my room even before I started racing. I was seven years old when I was first exposed to the sport. My dad was at PBIR for a driving event with his Audi R8. He took me to the kart track and put me in a kart for the first time I instantly fell in love. Ever since that moment my passion for racing grew stronger and stronger. Early in karting I learned that larger season budgets afforded people the luxury of better equipment. I knew then if I were going to compete, I needed to become a better driver, and out-drive other kids, because I would never be able to outspend the top karting budgets.

I was very successful in karting, winning at every level, and finally, I was able to win one of the biggest kart races in the world, SuperNats in Las Vegas in 2018. This was my final year in Junior - at 14 years old. I set a couple of SuperNats records by winning. The first was that I was the tallest junior to ever win this race, at 6’1”. Usually height is a real problem in karting, but I refused to let that be an issue, instead learning to use my height as an advantage. And second, I won from the furthest back, 11th. The previous winner from the furthest back was F1 driver, George Russell. This was the most fun and incredible race I have participated in. Starting from 11th in a field of so many talented drivers from all over the world and being able to fight through to take the top step was an honor that I will forever carry.

F4 U.S.- You were part of Team USA racing karts in Italy at a very young age, what was that experience like? What did you take away from it?

Jeremy- In October of 2017, I had the opportunity to experience a karting world final in South Garda, Italy, and represent team USA. Unfortunately, traveling there I got very sick and wasn’t myself throughout the weekend, even throwing up between sessions. I still had one of the most incredible racing experiences of my life. Then, in November of 2017, I managed to take third place in the SKUSA SuperNats in Las Vegas. This had set an ultimate goal for me and gave me the confidence I needed to win the following year. In 2018, I won the SKUSA SummerNats, followed by the SuperNats, in November.


F4 U.S.- You’re from Florida, had a great karting career and started F4 driving for Primus Racing Team, that’s nearly the exact path of F4 U.S. champion Kyle Kirkwood. Is he someone you look up to?

Jeremy- Yeah, actually, my dad is good friends with Cam, Kyle’s dad. They spoke a lot before we decided to join F4, and also, Cam introduced us to Jon Baytos from Primus. We knew Kyle well from karting. There was one time, at Palm Beach, when Kyle, who is much older than me, gave me some coaching, and wouldn’t accept any money. I always looked up to Kyle. Like me, he works really hard, and he drives aggressive, but fair. F4 U.S.- You’re just turned 16 and wrapped up your Sophomore year of high school and you’re about to start your Junior year, how are you balancing school and racing?

Jeremy- Yes, I’ve recently turned 16 and am now a junior in high school. I have been homeschooled for the last couple of years and I feel that homeschooling was essential for me to follow my career in racing. It’s really hard to balance, and I really look up to those kids who get straight A’s in regular school, while also getting results in racing.

F4 U.S.- You had an extended wait to start your rookie year in F4 with the COVID-19 shutdown, how did you stay prepared during the long break?

Jeremy- I had a couple of issues delay my start. First, my dad bought me the F4 car, then I broke my hand in a kart race, before even starting to drive. It was a very complicated break that delayed my very first test until late in 2019. After that, I was able to get a few test days and my hand felt great. Then, once COVID had hit, it was a real bummer. My testing was going so well, and I was also won the winter series races we entered, and we had a very good feeling going into Atlanta in March. But, then COVID shut down most tracks and travel in our area so I was out of the car for another extended period. I then shifted focus to putting in a ton of hours on my home simulator setup and we purchased a pc so I could use iRacing and practice series tracks to prepare as much as I possibly could.

F4 U.S.- What have you found to be the easiest transition from karts to cars?

Jeremy- I would like to talk a moment about the Ligier JS F4. For me, this car was a PERFECT transition to go from karts to cars. I transitioned so easily and feel very comfortable and safe in the F4. In fact, it just feels like a big go-kart. The price point was also affordable for me to start my career in open wheel. I think so many kids could start their car racing life in this car.

F4 U.S.- You scored your first championship points at VIR by making up 10 positions. Describe that race and how you felt about your accomplishment afterward.

Jeremy- Yeah, during the F4 U.S. Championship VIR race, I received my first series points by coming from 19th to finish ninth. But honestly, I was dying for a double yellow, and it was the one time I didn’t get one. I felt like with a double yellow to tighten up the field, I would have had a shot for a podium.

It was still very disappointing, because like so many drivers, I was entering this series with an expectation to run up front and win. The times have been very close this year and a couple tenths of a second can make the difference from starting on pole to starting 15th in some cases. We’ve had a whole lot of bad luck, and without any testing on these tracks, we were off on setup.

F4 U.S.- Passing seems to be your specialty, so far this season you’ve gained 53 positions, is this something you’ve practice with Primus or has karting helped you with this, what’s your secret?

Jeremy- Gaining 53 positions so far this season has been a big achievement, but honestly, passing, and getting from the back to the front is something I’ve been good at and really enjoy doing, going back to karting. It’s a lot more fun when you’re able to show how fast you can be and pass your way up. I have had a lot of races where we had a mechanical problem, or even a reverse grid - and had to go from last to first. In fact, in my first F4 racing experience during the Winter Series, I qualified pole, won the first race, then they reversed the grid. I thought “Oh, I get to try this in a car now, fun!” and yes, I was able to win that race.  In the F4 U.S. Championship, the task is more difficult. 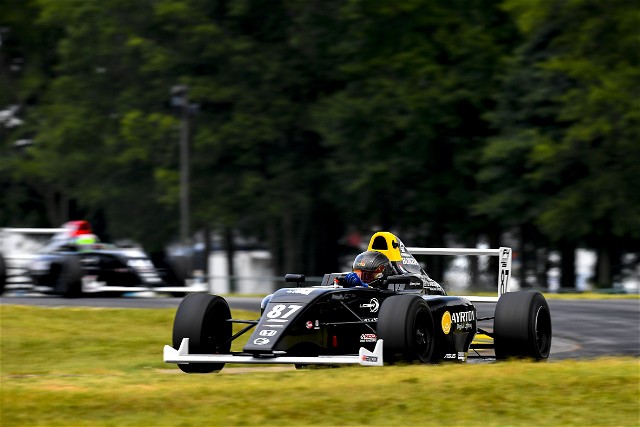 F4 U.S.- What’s been the best piece of advice that you’ve been given along your racing career so far?

Jeremy- In karting, when I had my first Sweep weekend, qualifying pole both days and winning all races, in Daytona when I was eight years old, Jim Rogero told me, “Don’t let the highs get too high, or the lows get too low”. I didn’t really understand then but my dad did. But, now that I am older I understand that   mindset is everything. If you truly want to win you can. If you feel like you are a mid-pack driver and don’t have the confidence that you need to win, you won’t. I have struggled with this mindset before and have let myself stressed because I felt like I couldn’t win. Then once I found the passion and strong desire for winning, I couldn’t stop wanting that. So that piece of advice from when I was eight, I’ve always remembered.

F4 U.S.- The most important question everyone wants to know, your favorite food is a burger, but how do you dress yours?!

Jeremey- The perfect cheeseburger consists of lettuce, tomato, bacon, and pickles - with ketchup, and mayonnaise, and of course, a side of nice crispy fries. Ok… now I’m hungry.