Yeany and Tavella Win at VIR 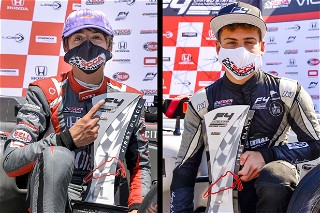 While the 33-car field of rising stars expected to battle each other, combating the environment and Virginia’s natural hilly terrain upturned their original strategies. Heat indexes reached over 100 degrees with humidity levels topping 58 percent which quickly created an oily circuit and races marred by caution periods. 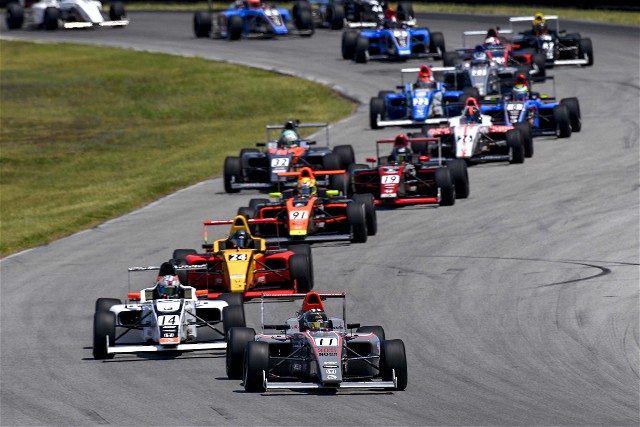 "I was really hoping to get that win in the second race to make it a full sweep, but I really can't complain with three podiums," expressed Yeany, who is now at the head of the field with the provisional points lead. "Winning a few races is great but the overall goal is not yet done until we get to the end of the season. I am fully focused on the championship and can't wait to reach my goals."

In one of the closest qualifying sessions in F4 U.S. history, Yeany claimed provisional pole by .080-seconds over second-place Crosslink/Kiwi Motorsport rookie Spike Kohlbecker, with a 1:55.678-second flyer.

In the 33-car field, the top-five times were separated by only two-tenths of a second, while the top-14 times were within eight tenths of each other. That competitiveness carried over into the opening round, with the top 14 spots being claimed by rookies. 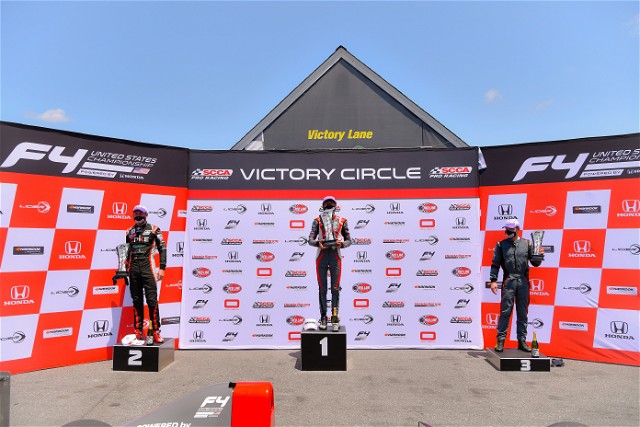 Starting from pole-position, Yeany survived two restarts, holding off a pressuring Kohlbecker to claim his second checkered of the season.

With limited opportunities to pass for the lead before the 30-minute clock expired, Kohlbecker settled for a second-place finish, his first podium of the season.

“We had the speed today, so it was unfortunate to see the yellows come out,” said Kohlbecker. “Our times from this race were able to secure us a second-place start for Race 2, so we are shooting for that top step tomorrow.”

“I’ve been training with the Bondurant High Performance Driving over the winner,” Sarchet said. “They’ve helped me out so much in my development, and DC Autosport gave me a great car to get us to our first podium of the season.”

Nick Persing (Jay Howard Driver Development) made up two positions to finish fourth while Group-A Racing rookie Nicholas Rivers charged from 15th to round out the top five.

William Myers (Group-A Racing) and Jeremy Fairbairn (Primus Racing Team) both completed 10 overtakes to slot their cars into a points finish while Velocity Racing Development rookie Erik Evans stormed from a 21st-place start to finish the opening round in 10th. 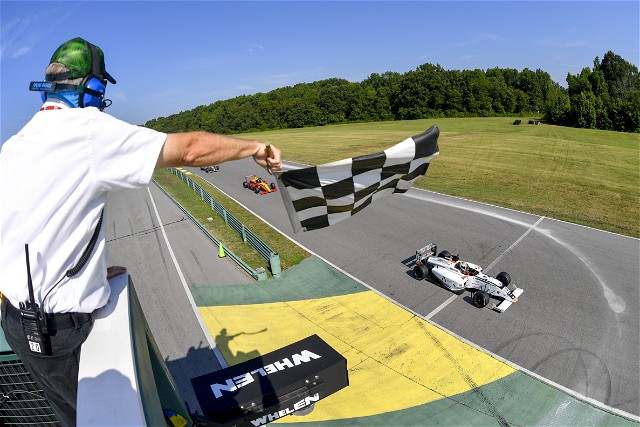 Crosslink/Kiwi Motorsport driver Tavella snagged his second victory of the season in Race 2 at Virginia International Raceway on Sunday morning.

Tavella, starting from pole, was quickly challenged by Yeany. Yeany rocketed from a sixth-place spot to take the lead early in the 30-minute round. Being swarmed by a pack of cars pressuring Yeany for the point. Tavella slipped into Yeany's inside, going side-by-side entering Turn 1. With a fake out move by Tavella entering Turn 1, Yeany went wide through the turn, leaving just enough space for Tavella to overtake first and Rivers to slot into second.

Yeany was unable to pay back the favor as the track switched to a full course yellow with less than four minutes remaining, ending the race under caution and his shot at a perfect weekend.

"It was a tough race from the beginning," said Tavella. "The car was perfect and I am happy to come away with the win."

Rivers capitalized on the multiple restarts, charging from a 16th-place start to end the session in  second, putting Group-A racing back in victory circle for the first time since the inaugural season.

“Group-A Racing gave me a rocket ship today,” said Rivers. “The restarts worked in our favor today and about making the best of a bad situation. Really happy to be on the podium.”

Yeany claimed third, while a pair of Crosslink/Kiwi Motorsport drivers Kohlbecker and aJose Blanco rounded out the top five. Yeany put a stamp on Andy Scriven Memorial Weekend and sent it with another victory, his third of the season. Starting from pole, Yeany survived three restarts, holding his former karting rival Tavella to second.

With the two victories and three supporting podiums, the reigning F4 U.S. team champions Crosslink/Kiwi Motorsport  has the best results at VIR, amassing 13 podiums and five victors on the technical circuit from 2017-2020.

“I couldn’t be happier right now getting my first podium in the F4 U.S. Championship,” said Murphy of Auckland, New Zealand. “The safety periods made it a bit difficult, but I was able to slide it in there for a third after dropping back to fourth. Just really stoked that we could get that done today.”

Blanco finished fourth. As the only single-car team in the paddock, Iron Rock Motorsports finished the race weekend with three points finishing, with McKee taking fifth place, his best results of the season, in the final round. McKee also earned the Omologato Perfectly Timed Move of the Race. 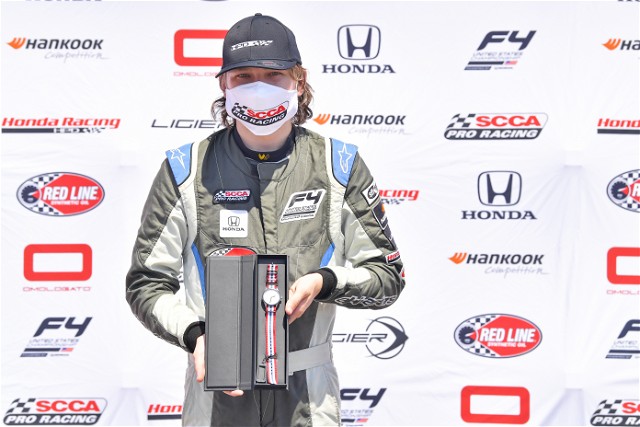