F4 U.S. Car on Display with Manufacturer and Team Support at Daytona Kartweek 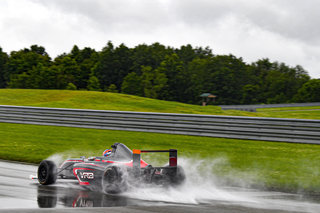 Taking a break from the snow cover fields in Indiana, SCCA Pro Racing will head to the World Center of Racing in Daytona, Florida, to celebrate the 45th anniversary of Daytona Kartweek December 27-30 with World Karting Association (WKA).

For karters searching for the next stage in their motorsport careers, a Formula 4 United States Championship Powered by Honda booth will be featured during the event at Daytona International Speedway.

For a closer look at the Ligier JS F4 and Ligier JS F3 chassis, VRD will also have its F4 U.S. and F3 Americas cars on display.

Daytona Kartweek showcases hundreds of karters from around the country. The WKA National Road Racing Series karts compete on the same road race layout as the Rolex 24 At DAYTONA while the Bridgestone Manufacturers Cup takes place inside Turn Four of the famed tri-oval and the Daytona Dirt World Championship karting event takes place on the dirt flat track.

For more information on the F4 U.S. 2020 season, visit F4USChampionship.com