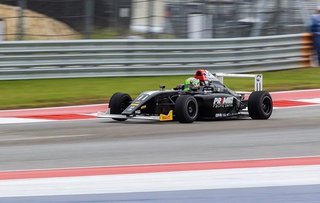 With the opening rounds of the 2019 Formula 4 United States Championship Powered by Honda less that two weeks away, Primus Racing announced the signing of Aidan Yoder from Glendale, California, to pilot the No. 44 Primus Racing entry for the 2019 season.

Sixteen-year-oldYoder began his racing career at age 11 in the Junior 1 Comer Pilot division of the Los Angeles Karting Championship (LAKC). He progressed quickly at the club level, finishing his first three races on the podium. After the quick start, he was promoted, eventually finishing the season as a PRD Junior 2 CRG Factory Team driver. Halfway through the LAKC season, he again jumped classes, landing in the X30 Intermediate category where he achieved two top-10 finishes in his first two races. After dominating the following two races, finishing with 16 and six second leads, he was asked to petition into the X30 Pro Class for the 2017 season as the youngest driver in the field. Yoder finished third in the championship that year and set his sights on moving into cars. He competed in eight F4 U.S. Championship races during the 2018 season. 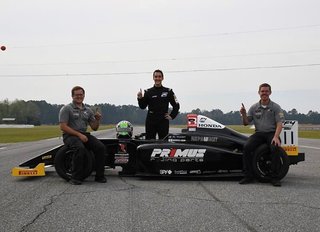 Most recently, Yoder competed at Circuit of the Americas with Primus in the final round of the 2018 series and has been very busy testing with the team ever since.

"We have done a lot of mileage with Aidan over the past few months and we have seen massive improvement. Aidan is adapting well to the new Hankook tires and is making strides in all departments. He has really meshed with the team and we enjoy having him around. We are really excited to see where he stacks up at Road Atlanta." said Primus Racing Engineer & Co-Owner, Derich Cutshaw.

Fans can follow Yoder's and Primus Racing's season progress through their social media pages throughout the race weekend for updates and photos from the event. All races will be live on the RaceMonitor App and more info, including a schedule for the weekend can be found at F4 U.S. Championship.