Kirkwood Spends Night with the Stars 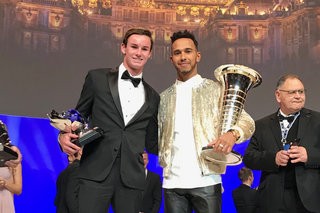 The 2017 season culminated for Formula 4 United States Championship Powered by Honda champion Kyle Kirkwood on Friday evening as the up-and-coming star was honored on the same stage as Formula 1 world champion Lewis Hamilton during the FIA Prize Giving Ceremony at the historic Palace of Versailles in France.

The year-end event celebrates the achievements of the FIA championship-winning drivers and teams from around the world.

Highlights of Kirkwood’s evening were walking the red-carpet through the golden palace gates, meeting his racing heroes, receiving a private tour of the Palace and being seated next to the other F4 champion’s from around the world during dinner.

“The whole night was surreal,” Kirkwood said. “I felt a part of the international racing community especially when I talked to Lewis Hamilton 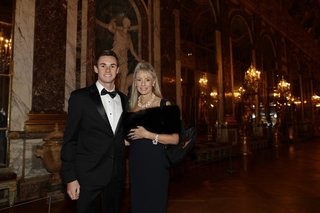 Full event photos can be found at https://www.flickr.com/photos/fia-official/