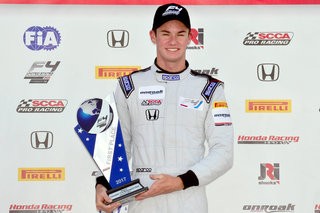 “It feels amazing to be first in points after struggling the first event in Homestead,” Kirkwood said. “Cape Motorsports has given me a fast car, and we will continue to push the rest of the season.”

Raphael Forcier of Montreal sits in third but not without pressure from rookie Jacob Loomis of Corinth, Texas. Only three points separate the pair. 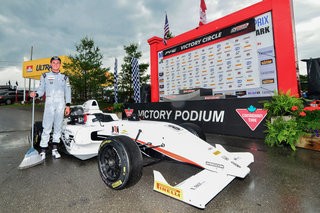 Mathias Soler-Obel of Bogota, Colombia, secured the last spot in the top-five, moving from ninth to fifth place after having his best race weekend since the first season event at Homestead-Miami Speedway. At 15-years-old, Soler-Obel is the youngest competitor in F4 U.S. history to be top-five in championship points.

"I feel proud to be the youngest driver in the top-5 in the F4 U.S. Championship Powered by Honda," said Soler-Obel. "That inspires me to do better in my next race weekend at Mid-Ohio Sports Car Course."

With two second-place podiums and a top-10 finish in his F4 U.S. debut, Dakota Dickerson of San Diego scored enough points at Canadian Tire Motorsport Park to position himself into sixth place. Jordan Sherratt of Durban, South Africa, who won the JRi Shocks Hard Charger Award in the series opener after making 47 position changes, saw the biggest jump in standings after CTMP. The Crosslink Motorsports driver shot from 15th to eighth in points. Baltazar Leguizamon of Buenos Aires, Argentina, rounds out the top-10, tying for ninth with rookie Ben Waddell of Denver. 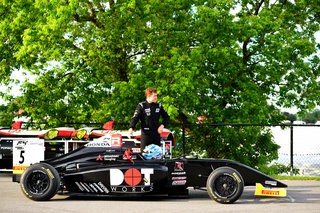 Austin McCusker of Glen Head, New York, scored their first points of the season at CTMP.  After three events, 24 of the 37 drivers entered in the 2017 F4 U.S. Championship season have put points on the board.

At the end of the season, the top-seven drivers will be presented FIA Super License points to aid in their racing career advancement to Formula 1. The F4 U.S. Championship is the only junior racing series in the United States to offer its competitors Super License points.