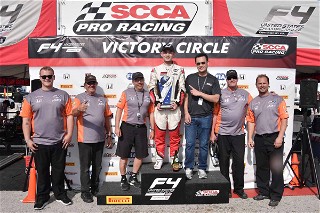 “It feels great to come home with two wins, a second-place and third-place finish,” said JDX Racing managing partner Jeremy Dale. “There’s a reason we signed these guys, they’re fast and they know how to stay out of trouble and finish races, which will be the key to winning the F4 U.S. championship in 2017. Starting off the season this way reaffirms all of our work that we did through the winter and only makes us more excited to get to Indy for the next three rounds.”

Teams in subsequent positions are in a tight race to the top. Only one point separates second-place Indy Motorsport Group from third-place Global Racing Group. While a tie for fourth between single-car team Austin Kaszuba Racing and Cape Motorsports along with a tie for fifth between Miller Vinatieri Leguizamon Motorsports and Primus Racing Group round-out the top seven teams. 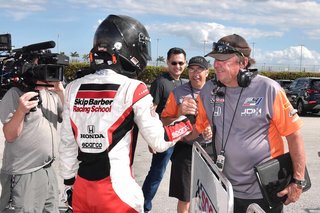 “With the number of competitors and teams this season, the competition has naturally elevated,” SCCA Pro Racing Vice-President Steve Oseth said. “There’s not much room for error and every round is crucial.”

During the inaugural F4 U.S. Championship season, JDX Racing and Global Racing Group took the team points race to the closing round. A final win for JDX Racing pilot Cameron Das of Baltimore squeezed JDX Racing to the top of the standings to clinch the championship by 11 points.

Team Championship points are calculated from the teams’ top-two drivers’ standings from each individual race. In case of a tie, the team with the most race wins will be awarded the higher position.