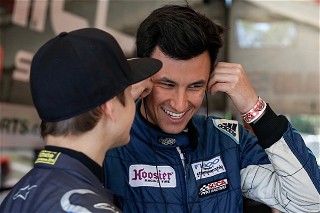 Full-season entries continue to roll-in for the 2017 season of the Formula 4 United States Championship Powered by Honda. Skylar Robinson of Augusta, Georgia, confirmed that he will return to F4 U.S. for his chance to capture the championship title with Momentum Motorsports.

Robinson, 20, had a successful run for the $25,000 championship grand prize last season. After joining Momentum Motorsports at Round 4 of the inaugural F4 U.S. season, Robinson visited the podium five times with three third place finishes, one second place finish and a single win. Robinson ended the season clenching fifth place after a strong points battle between the top five competitors.

“I’m more motivated than ever,” said Robinson. “Last year we ended up fifth despite missing a fifth of the season. I think with some prep-time we should be in good shape for the championship. Momentum Motorsports has so much heart and puts so much effort in, the team deserves to be rewarded.” 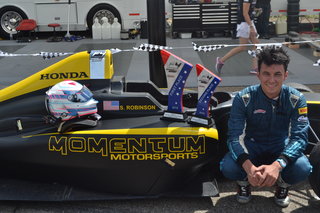 Robinson will continue to coach his rookie teammate Kent Vaccaro of Plattsburgh, New York, throughout the season.

“It will be a different dynamic from last year since I’ll be coaching and driving this season,” Robinson said. “However, I can relate to the track conditions better. The competition is going to be stout for sure but we’ll be ready.”

Momentum Motorsports has one more additional slot to fill on its three-car roster before the first F4 U.S. Championship event at Homestead-Miami Speedway in Homestead, Florida, April 8-9.

"We are very happy with our driver line up thus far,” said Momentum Motorsports team manager Phil Picard Jr. “Skylar brings race-winning experience back to the team, and Kent has shown great talent and poise in the car through testing.  More importantly I think the chemistry we've enjoyed will lead to a championship."

Drivers interested in competing in F4 U.S. can visit F4USChampionship.com for more information.