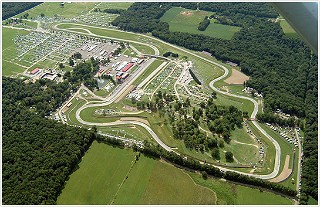 The United States will join the rest of the world this weekend when the Formula 4 United States Championship powered by Honda makes its debut at Mid-Ohio Sports Car Course in Lexington, Ohio.

The F4 U.S. Championship will debut this weekend at Mid-Ohio with practice taking place Friday, a qualifying run and opening race on Saturday and finishing with two additional races Sunday. Seven teams are expected to field 14 drivers for the inaugural weekend.

“We are proud to debut the F4 series in the United States and create the stepping stone for young drivers to achieve their full potential as they move up the motorsports ladder,” said Derrick Walker, president and CEO of SCCA Pro Racing. “The F4 U.S. Championship is the only established FIA championship series in the United States and will offer young drivers exciting opportunities moving forward.”

SCCA Pro Racing, along with its partners and the FIA, created the F4 U.S. Championship after recognizing the need for an affordable step between karting and Formula 3.

Offering drivers as young as 15 the chance to take their first steps from karting into the world of open-wheel racing, competitors are also offered the unique opportunity to earn points towards an FIA Super License. Once competitor reaches 40 Super License points and becomes at least 18 years old, they can qualify and apply to race for Formula 1.

“Previously junior open-wheel competitors had to travel abroad to seize an opportunity like this,” Walker said. “Now, with the development of the F4 U.S. Championship, young talent can grow their brands domestically and choose their paths to pinnacle levels of motorsports.”

In addition to serving as a stepping stone from karting to open-wheel racing, SCCA Pro Racing and the FIA have made the F4 U.S. Championship affordable as well. With prices capped at $45,000 for the chassis, including paddle shifters, data acquisition and camera, and Honda engines with a one-year lease at $6,600, teams can affordably get cars on the track.

For live timing and results for Mid-Ohio Sports Car Course and the rest of the season, download the  Race Monitor app.