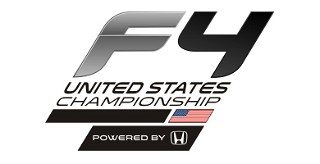 INDIANAPOLIS – SCCA Pro Racing announced its debut weekend of the Formula 4 United States Championship has been postponed due to delays in manufacturing of a sufficient number of cars to meet the team demand.

The first race weekend, scheduled for May 27-28 at Lime Rock Park in Lakeville, Connecticut, will be rescheduled at a track and date to be determined to maintain a five-event championship series. The F4 U.S. Championship will now make its debut June 10-12 at New Jersey Motorsports Park in Millville, New Jersey.

“Regrettably, if the Lime Rock event were to go ahead as planned, we would be in jeopardy of leaving some drivers and teams who are committed to the series disenfranchised,” SCCA Pro Racing President and CEO Derrick Walker said. “We felt it was important that all drivers who want to participate in the F4 United States Championship be given a chance to do so. We appreciate the loyalty they have shown us.”

Federation Internationale de l'Automobile (FIA) regulations require a minimum of 12 cars for each championship event, which currently would not have been an issue for Lime Rock. However, delaying the start of the inaugural event of the F4 U.S. Championship provides the opportunity to fulfill all car orders exceeding the FIA requirement.

“We are very proud to be constructing the first FIA approved monocoque chassis in America,” said Crawford Composites President Max Crawford, whose company is producing the chassis. “We believe the F4 U.S. Championship is the start of something great for American motorsports. I fully endorse the decision to reschedule the first race, and we look forward to getting all the drivers in the lineup in New Jersey.”

Crawford is confident a sufficient quantity of cars can be produced for the current number of drivers committed to the F4 U.S. Championship to debut in New Jersey.