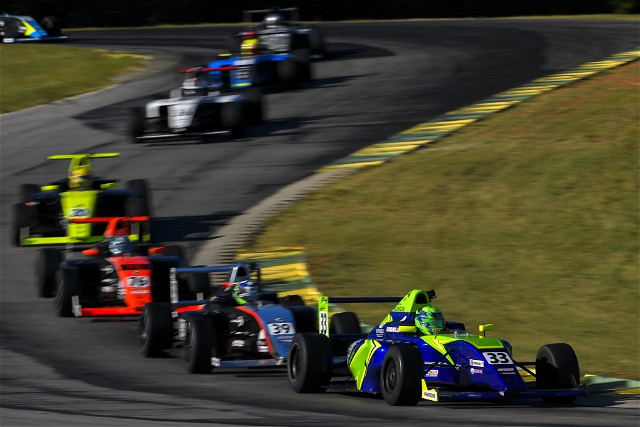 Leading in to the 2022 race season, Parella Motorsports Holdings (PMH) has announced the SpeedTour Formula Development Series, an additional opportunity for up-and-coming racing talent. Open to drivers ages 14 and up, SpeedTour Formula Development will provide young racers with an additional step in expanding their education and experience before making the jump from karting to open wheel.

“After getting involved in the Road to F1 ladder with Formula 4 U.S. and Formula Regional Americas, I realized that there was a need in the development system for young drivers that wasn’t being met by the industry,” said Tony Parella, CEO of PMH. “In today’s world, young drivers have had to go from karting right up to F4 U.S.; that’s a big jump. There was a niche that developed with the need to lay the proper foundation for wheel-to-wheel racing and allow drivers time to hone their race craft. SpeedTour Formula Development will help fill that gap. With Scott Goodyear at the helm, I’m confident this series will leave a positive, lasting impact.”

Keeping budget in mind, the series will utilize the existing F4 U.S. chassis. With low entry fees, the series will be sanctioned by PMH and drivers will participate in SpeedTour events already on the F4 U.S. Championship weekends, but in SVRA run groups of similar speeds. Drivers are encouraged to participate in select F4 U.S. Championship activities thoughout the weekend including the track walk, drivers' meeting(s), autograph sessions and other promotional activities.

“Making the move from karting to open wheel competition can be daunting,” said Scott Goodyear, Race Director for F4 U.S. and FR Americas. “We’re looking to change that with SpeedTour Formula Development. The series will focus on education and driving skill as much as competition. I learned a lot during my 14+ years at the top levels of CART and IndyCar, and I’m excited to share that with this group of kids as they start on their own racing career paths. I want them to leave the SpeedTour Formula Development Series knowing how to race safely, but also how to race smart.” 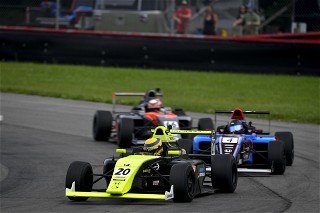 In addition to providing the extra step for development and challenge, the SpeedTour Formula Development Series will also present unique scholarship opportunities to help talented karters reach the next level in their career, despite economic circumstances. In partnership with Radford Racing School, major karting organizations will identify and recommend talented drivers to earn one of five scholarships for the racing school. The drivers will then be eligible for a SpeedTour Formula Development competition license upon the successful completion of their course.

Drivers must have prior experience in single-seaters/open-wheel cars before participating in the series. This includes having taken a racing school, testing with their team in an F4 car, or other single-seater behind the wheel racing experience. All drivers will be overseen by Race Directors Scott Goodyear and Alex Miller beginning with the license application process all the way through each of the events.

Points will be awarded in the series, allowing a champion to be crowned at the end of the season. The winner of the 2022 SpeedTour Formula Development Championship will earn an entry fee scholarship for the 2023 F4 U.S Championship.